Within our Culinary Division, employees have been partaking in various cooking challenges from home while sheltering-in-place. In recognition of Latinx Heritage Month in September, a number of employees cooked beautiful dishes and shared recipes that celebrated their culture and traditions. This particular story was shared with us by Edgar Aviles Aguilar from Fremont, CA:

“The lazy and the shabby will walk the same path twice.” This is something my father would say to us growing up, if we were acting lazy when we had to do chores. It was not a fun of taking the trash out.

A little story behind tamales and my personal life, family, culture.

Tamales originated in Mesoamerica as early as 8000 to 5000 BC. The preparation of tamales is likely to have spread from the indigenous culture in Mexico and Guatemala to the rest of Latin America. Tamales were also considered sacred as it is the food of the gods.

The most common tamales are pork with red sauce, and chicken with green sauce. Having Philippine culture in my family, something my father and grandparents have left us and shared with us is a different kind of tamale, which is traditionally served with mole in a wedding ceremony. 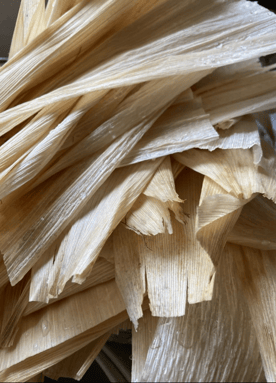 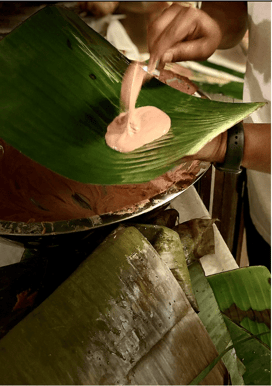 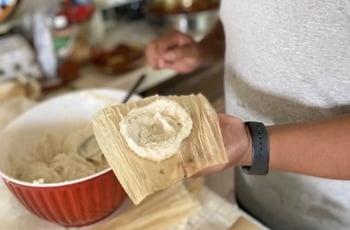 A Tradition of Tamales An Ode to my Grandmother