Hello and Greetings Everyone,

I wanted to start with a quote from Bobby Seale.

“You cannot fight racism with racism. You have to fight it with solidarity”

There is a reason why I find this quote so profoundly linked to activism within the Black Community.

Solidarity ensures there is a deep and consistent commitment to long-term change and a community improvement that is centered. It can take many different forms but regardless of the cause and circumstances, the core principles are the same.

Activism is quite simply taking action to effect social change.

Often it is concerned with how to bring about change through social, political, economic or environmental change. This can be led by individuals but is often done collectively through social movements.

Solidarity within activist circles not only fosters collaboration between movements but also helps deconstruct oppression, by recognizing that everyone experiences it differently. Solidarity is the only way to resist oppression in all its forms.

I was blessed enough to be raised in a household with a family of mixed beautiful humans in Oakland, CA as a kid.

I was also raised around activists. My mother, aunties, uncles and grandmother were members of the Black Panther Party and/or the Brown Berets when they were younger. 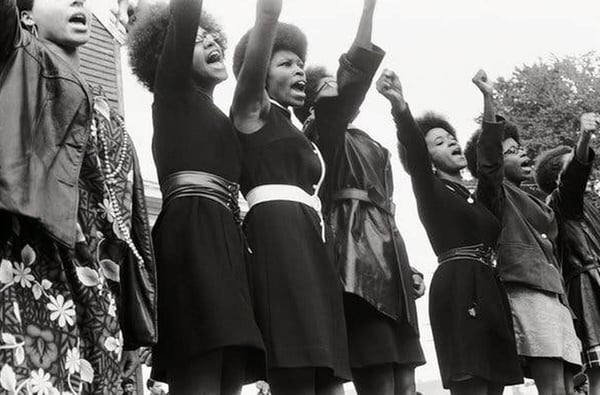 Growing up in Oakland the Black Panther Party was the gold standard for activism within the Black community.

It wasn’t until I started to research my family’s history of community activism for this presentation, that I found out not only was my grandmother a Black Panther, but my aunt was as well, and she was even more so involved than my grandmother.

My mother herself was in grade school during the time her older sister and mother were involved with the party, but she could remember vividly the Black Panthers and their impact on the Black community all throughout Oakland.

She spoke of how she would get free breakfast every morning before school because of the Black Panther Party Breakfast program.

She also recalled going to social community activities in west and east Oakland thrown by the Black Panther party that brought together the community and raised social awareness. The mentorship programs for young black men and women that the party provided within the community and all the good they stood for in her eyes as a kid.

One of her memories stuck out to me and gave me chills as she described it.

She remembers watching the Black Panthers in military formation, Black leather jackets and Black Berets marching down the street of her neighborhood and the pride she felt as a little girl of color seeing men and women of color coming together to protect their community.

During those times, the black community of Oakland trusted the Black Panther Party more than they trusted the police. And the reasons for that go without saying.

My grandmother worked within the Black Panther Parties home base in Oakland. She described Huey P Newton as a strange but very intelligent man. He demanded fresh fruit every morning in the office so my grandmother would make sure that happened.

As I started to dig deeper my mother brought up the fact that my aunty (her older sister) was deeply involved in the party.

This was all a surprise to me. My aunty was such a bubbly loving fun going half Black half Mexican woman that I couldn’t imagine her patrolling the streets with other black panther members with a shotgun.

But she did. Not only did she patrol but she was at every major protest and Black Panther event, lined up with her brothers and sisters showing no fear. 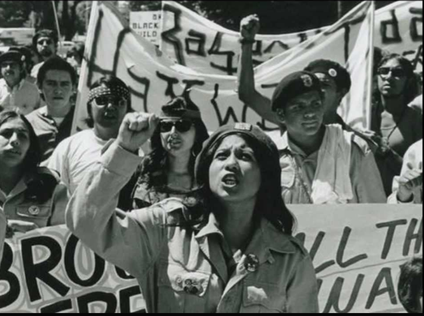 She felt strong and believed in the message the Black Panther party stood for. Equality and justice within and for the Black community. So much she was willing to put her life on the line for those beliefs.

She was also a Brown Beret, who snuck into Cuba illegally to help and stand with Cuban farmers. When she returned home there were FBI agents knocking on their door.

I am sharing my families experiences as activists within the Black community with you all, because within Flagship we are all family.

And in a sense, we are showing our solidarity by coming together and committing to helping one another out along the path that we are setting for ourselves and each other.

Activism within the Black community, this is another beautiful form of Black Excellence.

Thank you all for lending me your ears.