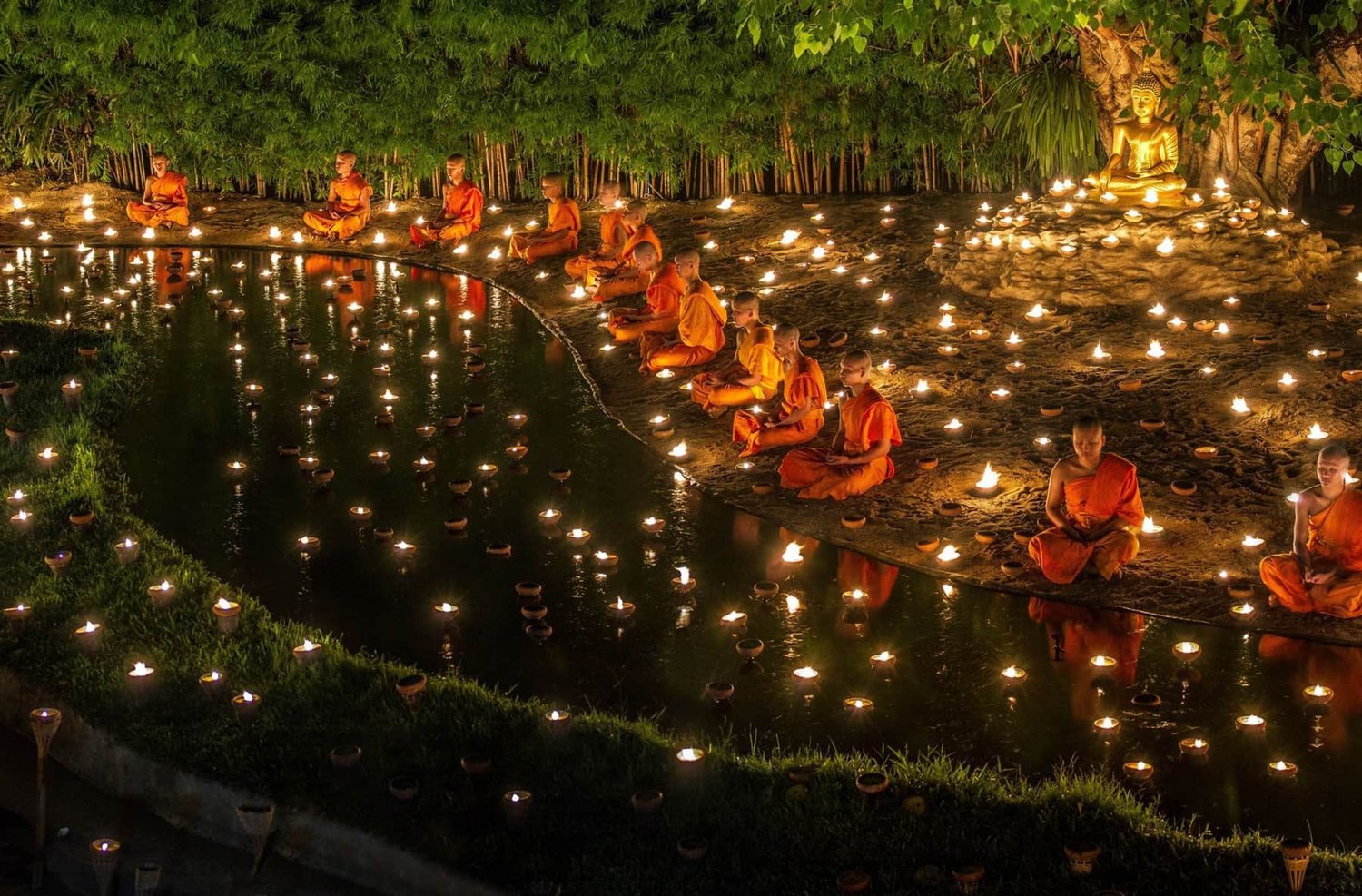 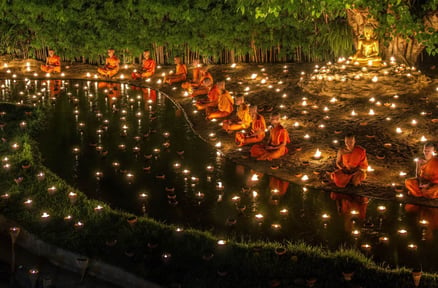 Asalha Puja or Dhamma Day is a Theravada Buddhist festival that typically takes place on the full moon of the month of Āsādha. It is usually celebrated in Indonesia, Cambodia, Thailand, Sri Lanka, and other countries with a large Theravada Buddhist population.

The eightfold path is a Buddhist guideline for living ethically and ending the causes of suffering. The path features these eight steps:

Before Buddha began his time as a teacher, the holiday was celebrated 2,500 years prior. Holy men would spend three months in a “rain retreat” (also referred to as Vassa) since the period usually fell during monsoon season. Once Buddha began his reign as a great teacher, the traditionally celebrated Asalha Puja came to fruition to honor Buddha’s first sermon often referred to as the “Sermon in the Deer Park.” The day also provides celebration for the day Buddha chose his first disciple: Kondanna. 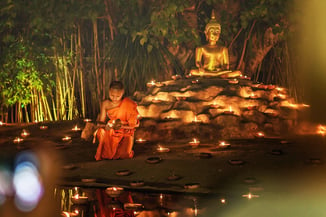 As the holiday has evolved, many of the traditions have become modernized. At this time, many Buddhist monks will instill their practices in the community. They will recite the Eight Percepts, give sermons, lead meditations, and lead a candle procession around the temple. In addition, the congregation of those celebrating will give offerings to the monks.

This holiday is extremely beloved in the Buddhist faith, as it is a time to spread love, education, and worship to Buddha. Asalha Puja provides a pathway to connect the monks to the followers, all while honoring Buddha’s teachings and ideals. 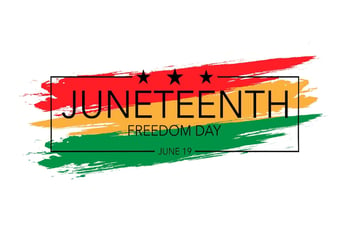 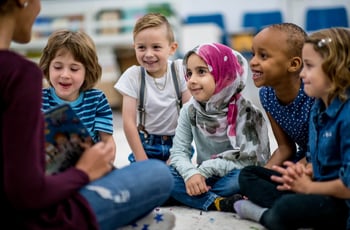 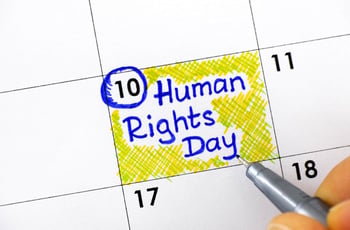